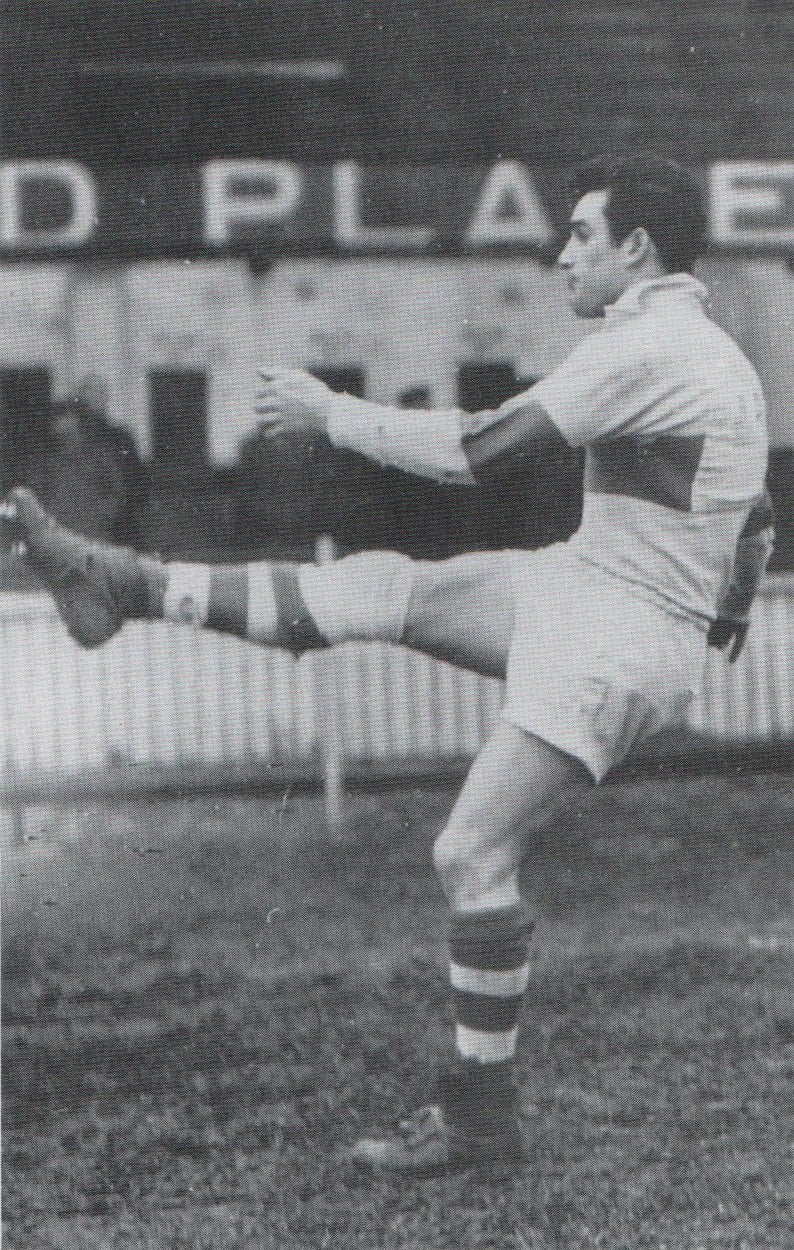 One of the greatest goalkicking fullbacks

During my seven decades of watching Rovers I have had many favourite players but my first was Cyril Kellett. His Heritage number is 605.

Although not blessed with great pace his positional sense was very good. He timed his tackles brilliantly. I remember one game against Halifax when John Freeman, a very fast winger, intercepted a ball near to his own try line and set off close to the touch line. Kellett who had been up with attack, tracked the winger back and as Freeman went to dive in at the corner, he timed his tackle to perfection putting him into touch.

Cyril was an accomplished goal kicker and held Rovers record for the most goals in a season for many years.

Cyril Kellett was one of the greatest goalkicking fullbacks ever to play Rugby League making him my top player from that period.