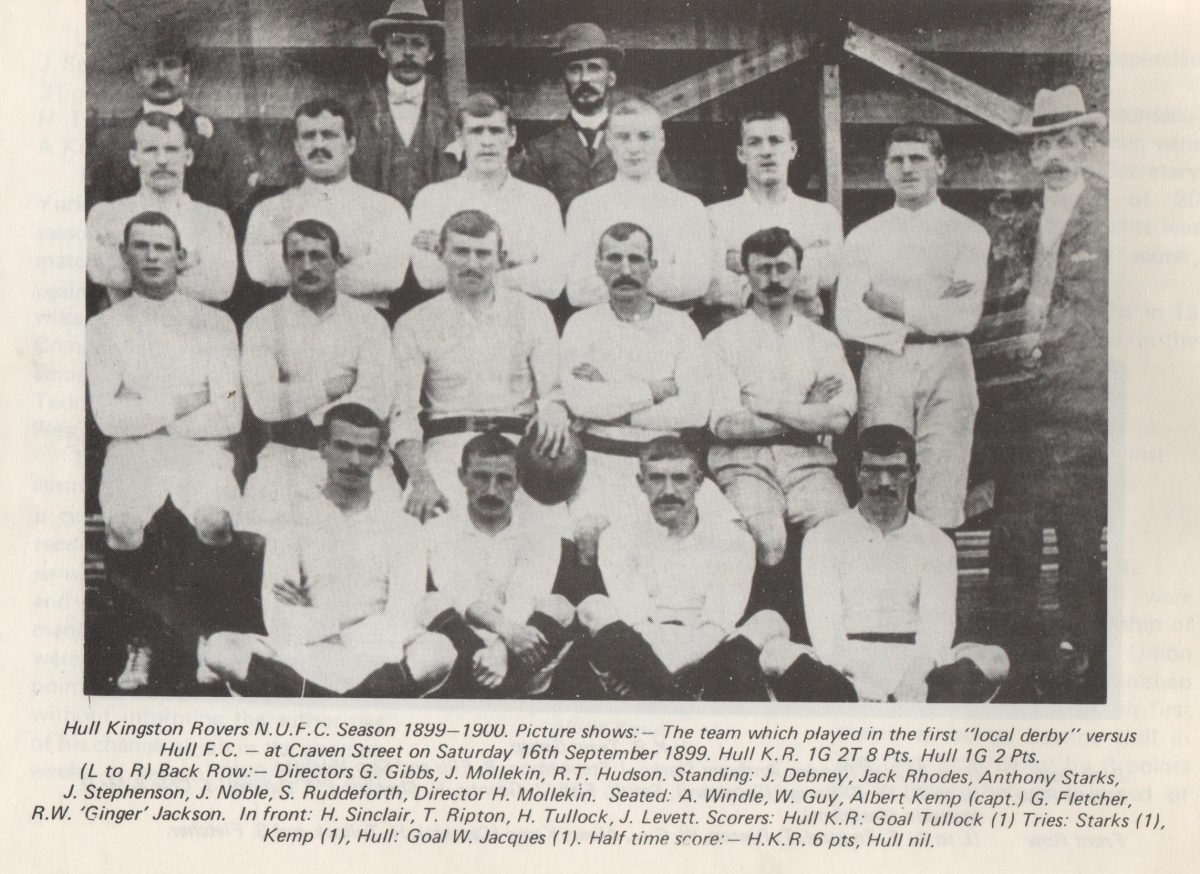 Bryan Leason Game I wish I had seen

Of the four grounds in East Hull Rovers have owned, I have seen matches at Craven Park, New Craven Park and have refereed a game at Winchester Avenue so to complete the set I would have loved to have seen a game at Craven Street.

My Grandfather had many stories of Rovers at Craven Street, in particular the clashes with Hull. The first meeting between the two had been anticipated for a number of years as Hull had refused to play against Rovers as they deemed it below them.

So, on the 16th September 1899 the first derby took place amid a frenzy of supporters. It was rumoured a number of Rovers supporters got into the ground the night before and slept there. Spectators started queuing at 12noon with the gates opening at 12-30 and with a steady stream of traffic converging from the town centre the atmosphere started to build.

By the 3-30 kick off 12,000 people were inside the Craven Street ground.
Anthony Starks became the first player to score in a derby when he put Rovers ahead with a try but missed the conversion. Albert Kemp scored just before half time to give a 6-0 lead. Hull dropped a goal but Rovers finished the scoring when Tulloch dropped a goal to make it 8-2 at the final whistle. So, the derby trend had started with the now familiar arguments and counter arguments. 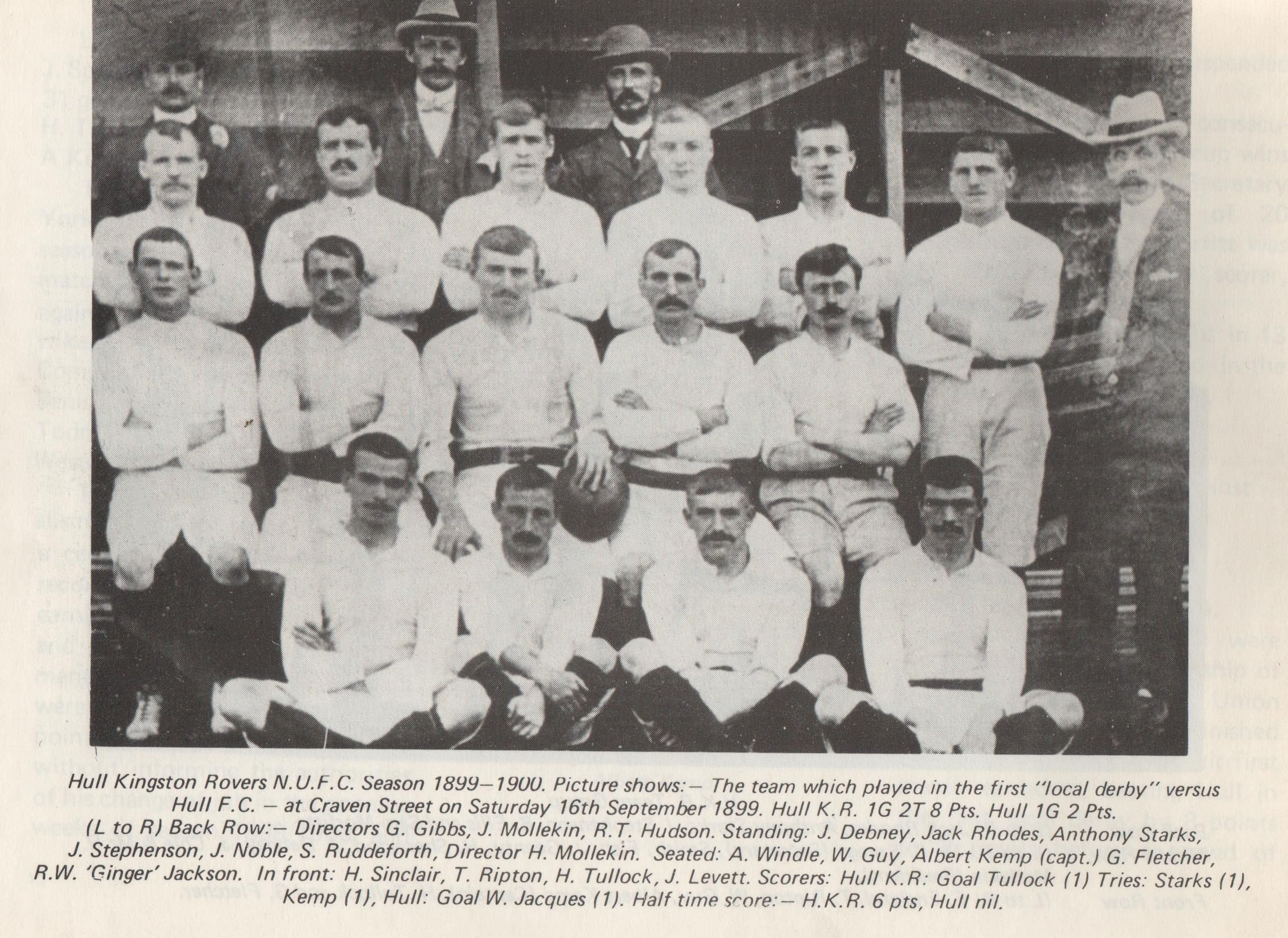