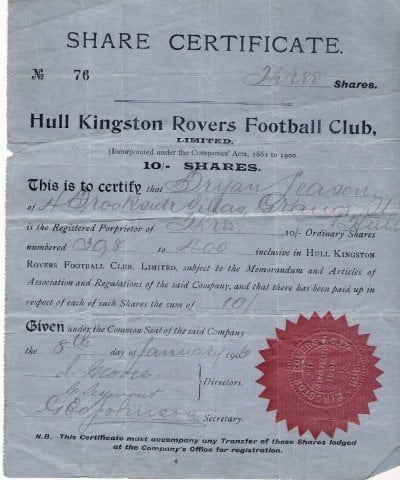 HKR has played a big part in my life since the late 1940s, when I was first taken to Craven Park as a five-year old.

Both my dad and brother Harold were keen supporters. They were amongst the volunteers who built the original supporter’s clubhouse at the West Stand side entrance to the ground. Later, the Supporters Club would play a big part in my life when I became a member of its committee – and also Rovers PA announcer – for 25 years.

My earliest recollections of Craven Park are somewhat vague. Odd incidents stick in the memory like Geoff Tullock, who played on the right wing, running from his position and diving onto the pack in the middle of the pitch when fighting broke out between the two sets of forwards.

I also remember Jack Holt being penalised for an involuntary tackle in the dying minutes of a match against Huddersfield, in which Rovers were winning against all odds. Huddersfield converted the penalty and Rovers lost again!

The early 50s were not happy times at Craven Park as the team’s fortunes were at a low ebb - finishing next to bottom of the league in 1953/4 season. I recall them conceding more than 150 points in three games over an Easter period.

Another early influence was my grandfather, Bryan. He was a regular attendee at Rovers meetings and when Rovers became a limited company he became one of their first shareholders. His three shares are now owned by my younger brother Bill who still has the original share certificate. Bryan was really lucky to have watched the very successful Rovers team that was feared by most opponents in the 1920s. Right up to his death at the age of 88 he wanted to know about Rovers’ results and performances. 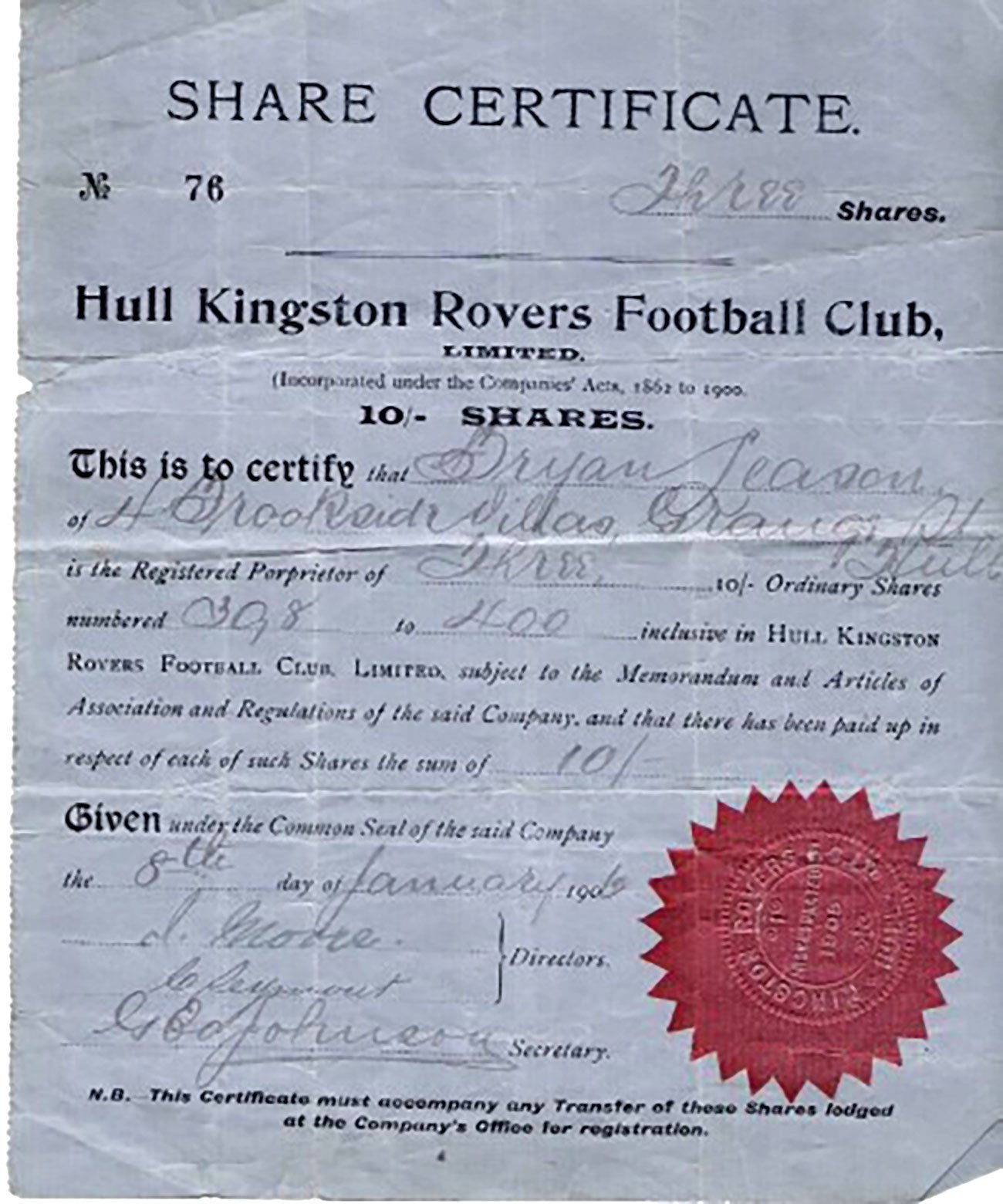