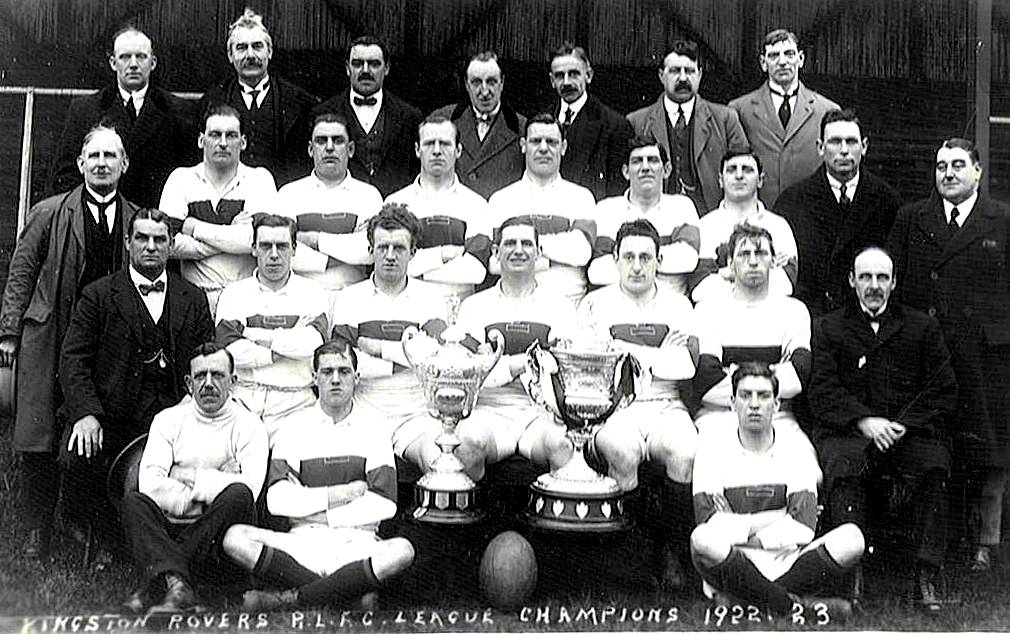 The great players of the 1920s

That April, Rovers had finished fourth in the league and had to play the top side away from home in the play-off semi-final. That team was Hull FC.

Rovers went to the Boulevard with a full-strength side - all the great players of the 1920s played that day.

Laurie Osborne, Louis Harris, Jimmy Cook, Gilbert Austin, Jack McIntyre, Jack & Bob Wilkinson, Frank Beilby, Bill Westerdale - and the great Arthur Moore. The starting 13 that day played an incredible 3,682 games for the Robins between them. They beat FC 16-2 with four tries to none - Gilbert Austin scoring twice. It would have been amazing to see that great side in their pomp.

Two weeks later, they beat the great Huddersfield side 15-5 in the final at Headingley.

The 1922/23 Championship winning side